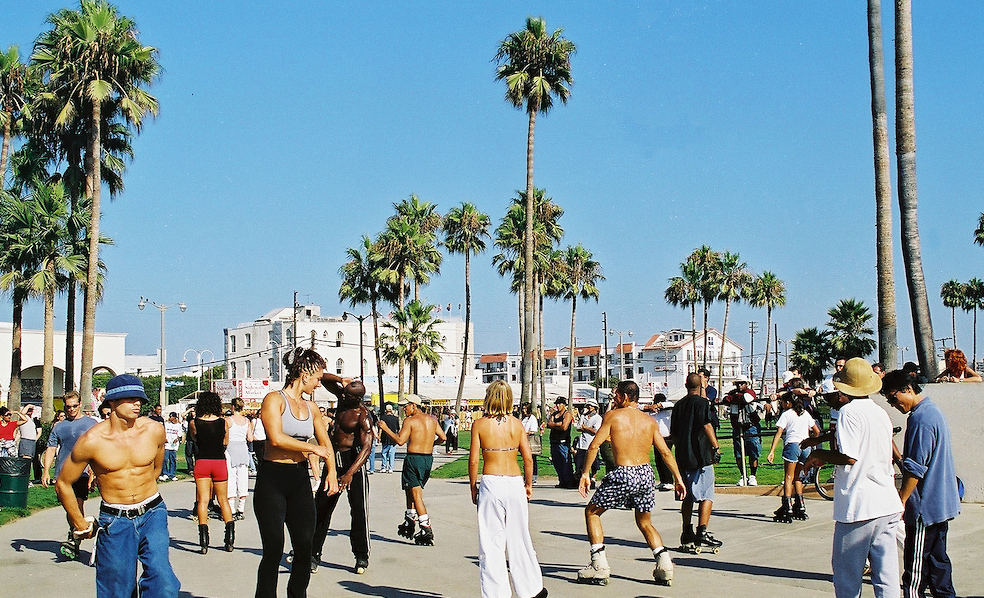 Los Angeles is a funky place. Many people residing outside of this narcissistic metropolis have very strong opinions one way or the other. For instance, people from LA absolutely love San Francisco. Dually, natives of the Bay generally have a hella dislike for anything having to do with the City of Angels. Fake, cookie-cutter, and uncultured are three adjectives usually associated when describing the hate for LA.

As a native Angeleno (we actually exist), it seems prudent to comment on the accurate stereotypes of Los Angeles, and those that are aptly unfair.

There’s no culture in LA:
LA is often associated with the plastic nature of “Hollyweird” and everything it has to offer. Little do people realize that the city is an eclectic amalgam of cultures from everywhere in the world. There’s a strong Hispanic historical influence embedded within the fabric of LA. Koreatown, Little Tokyo, and Chinatown feature some of the best Asian cuisine you’ll find in the entire country. Music venues and comedy shows are extremely prevalent. You can go hipster-it-up at a myriad of Echo Park/Silver Lake coffee shops and thrift stores. There’s a renaissance currently occurring in downtown LA – featuring tremendous food and a plethora of art galleries. Plus, the beach life is amongst the best you’ll find anywhere.

The people in LA are all shallow and vapid:
This isn’t entirely true. Sure, you’ll certainly meet the typical aspiring actor – who’ll make starring as Cop No. 2 in a student film appear akin to Leonardo DiCaprio in The Revenant. You’ll also likely meet a girl who’ll be more interested in the car you drive as opposed to your personality. However, there are a lot of down-to-Earth, nice people throughout the sprawling city.

Hollywood is a glamorous place:
Let’s clear up one gross exaggeration: You will not see celebrities casually traversing down Hollywood Boulevard. If you frequent the trendy-spot-of-the-month, you may catch a C-list reality TV star. But it isn’t as if the A-listers will be constantly walking down the street waiting to be mobbed by eager fans. If you do want to see a celebrity, you can camp out (with the hoards of paparazzi) outside of places like The Nice Guy, Catch LA, Craig’s, and Madeo. Hollywood itself is dirty, aging, and has a MASSIVE homeless problem. Hollywood Boulevard is one long street consisting of bizarre people dressed up in superhero costumes. After 15 minutes, the “novelty” and “self-instituted allure” of Hollywood will be gone. You’ll be wishing you were instead somewhere on the Westside or in Los Feliz.

The food consists solely of wheatgrass and kale:
LA is known for being progressive when it comes to health. You’ll catch more people at a pressed-juice store than you will at a bakery on any given morning. With that said, this is an underrated food city – and one in which people actually do enjoy partaking in more than a glass of water and a crouton. The Japanese, Chinese, and Korean food is as good as you’ll find anywhere outside of Asia. As many drunk (and sober) Angelenos can attest to, the Mexican food is exceptional. And no, this doesn’t mean Chipotle or Taco Bell. We have the authentic shit here. There’s a burgeoning microbrewery scene in LA, which corresponds with the frequency of high-quality burgers. The Middle Eastern food here is also great (and it’s something Trump can’t ban). Plus…we have In-N-Out (*Editor’s note: We’ve had Shake Shack recently infiltrate the Westside, trying to infringe on In-N-Out’s SoCal supremacy. It needs to go back to New York). People in Los Angeles justify eating this sort of food by going on a Saturday morning Runyon Canyon hike with friends (which then essentially turns into a photo shoot for both Instagram and Snapchat).

The Weather is always great:
Much of Los Angeles’ global appeal comes from the fact it rarely rains, and that the climate is generally sunny and temperate. This is true. The sun is always out, and it rains more in Seattle over a weekend than it will in Los Angeles over a calendar year. With that said, it’s not always pleasant. During the summer months, DTLA turns into a muggy inferno of steaminess and humidity. For those in search of seasons, you will not get those here relative to anywhere else in the country. Heading to the beach seems like a great idea for these hot days, until you realize everyone else will do the same. Then again…the heat isn’t horrible when you think about those in (gasp!) the dreaded Valley. You can fry an egg on the sidewalk during a July day in Canoga Park before even having the ability to order an Uber.

Stereotypes that are true:

We Brunch Like Champs:
Sunday brunch is a way of life for those living in Los Angeles. What better way to end the weekend than getting plastered drinking $10 bottomless mimosas? In all seriousness, brunch has become a serious social activity in many parts of the city. The sunny weather enables us to sit outside on the patio and enjoy that $17 Eggs Benedict and $9 almond milk cold brew.

LA is not a great sports town:
Yes…we are fair-weather fans when it comes to sports. The Lakers and Dodgers will always be loved here – regardless of how well they do. Outside of that, it’s a crapshoot. The Kings have an exceptionally loyal and ardent fan base. Hockey is also a fantastic sport to watch in person. Prior to the Kings winning the Stanley Cup in 2012, 90-percent of Los Angeles didn’t know we had a hockey team. After that year, everyone suddenly became a massive Kings fan. The same goes for the Clippers – whom were stuck in a malaise of apathy for decades until the arrival of Chris Paul and Blake Griffin. If you’re winning, we’ll show up and it’ll become the trendy thing to do. If you aren’t winning, there are plenty of other things to capture our interest.

Traffic is horrible:
Traffic sucks here. You can forget about driving on any major freeway between the hours of 3 p.m. – 8pm. Picture your expected time of arrival to your destination – and then account for the extra 45-60 minutes that will invariably occur. In LA, we don’t give a numerical distance as it pertains to miles. Instead, we’ll offer a minute estimate as to when we’ll be at our friend’s house for pregaming. And on the four-days-a-year it rains in LA…may God have mercy on every motorist’s soul.

You need a car to live here:
It’s not that LA doesn’t have public transportation options, but no one really uses them all that much. Additionally, there isn’t a super efficient transit system allowing for people to bounce from one place to the other in a quick amount of time (such as BART in the Bay Area). Los Angeles is incredibly vast and spread out. It’s certainly not a compact place such as Seattle, San Francisco, New York, Chicago, or Seattle. As such, it’s imperative for you to have a car here. At night when you’re looking to grab a few drinks, Uber and Lyft will be your true lifeline.

LA is a health-conscious place:
While I spoke previously about the potential gluttonous nature of food choices, people are very disciplined about how they look. “The industry” generally (and perhaps unfairly) dictates that a lot of people simply have to look a certain way. There are tons of plastic surgery and personal care product establishments all across the city – particularly on the Westside. Plus, everyone “goes to the gym” even if that means once every three weeks. Wearing workout clothing for your daily trip to Urth Caffe will also suffice quite nicely. Perception is huge here. In any restaurant, you’ll also have a smorgasbord of cage-free, gluten-free, wheat-free, and (insert the latest craze)-free items on the menu.

Hate it or love it, Los Angeles is one of a kind.