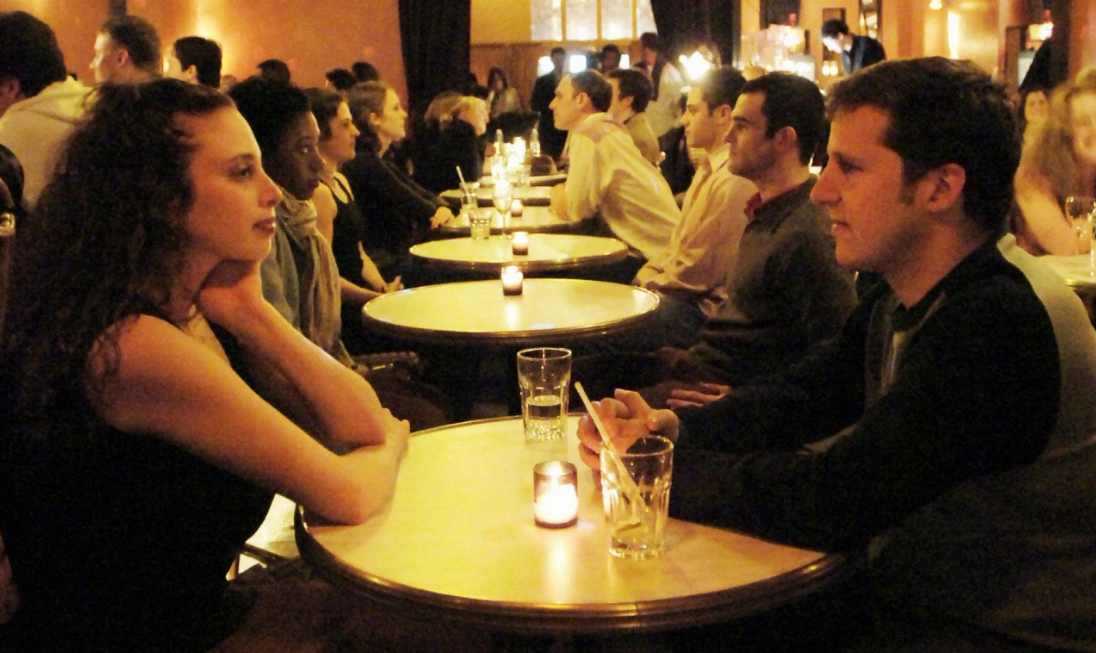 My parents have quite a love story. Mom, who is from Southern California, and Dad, who was raised in Michigan, met when they were about 22, in an unpredictable way. Both were traveling after college with their respective best friends throughout Europe, and their lives collided forever in London. While watching The Rocky Horror Picture Show play, Dad saw Mom sitting with her friend, Andrea, and he and his friend, Steve, jumped over the seats to sit next to them. They had a great time together at the show, and the next day, Steve went off to meet his girlfriend, while my dad hung out with Mom and Andrea. Soon, it was time for them to go back to their own corners of the U.S.

Separated by many states and several time zones, my young mom and dad kept in touch by calling each other and writing letters. Three months later, after working at a little grocery store and saving up his money, Dad moved to L.A. to be close to my mom. Mom had a brief moment of feeling overwhelmed, and Dad returned to Michigan. My mom realized quickly that she loved him, and asked him to come back. They were engaged (and then married) soon after: Fast forward to three kids and 36 years later. My parents, despite being of different political affiliations (I say half-jokingly, for this could be a real deal breaker in today’s day and age), bring each other so much joy. They watch The Voice with one another (my dad is pretty adorable, and a secret softie for beautiful pop music). They also take care of Mom’s horse together. My mom has a huge heart for animals, and therefore, my dad loves her horse, too. Mom and Dad have each other’s backs.

I couldn’t ask for better role models in marriage than my parents (who have great role models in their parents). But my dad and mom were married at 23, which is getting increasingly rare in modern society. Their story today would read more like: boy matches with girl in London through dating app. They hook up and never contact each other again, except to maybe like each other’s Instagram posts.

This sounds bleak, but it is a reality for a lot of my peers. I’m 27, and though many people in the world are married by this age, there are very few in my circle of friends that are. However, I’ve spent my twenties so far living in the metropolises of San Francisco, Los Angeles, and now New York City, and it seems that a lot of people in large cities are eschewing traditional adult responsibilities, maybe due to expenses and workaholic tendencies. A city dweller probably rents instead of owning a property, eats take out for one instead of cooking for a family of several, and may have no plans to get married or to have kids, at least in the near future. My roommate from Iowa says this “Peter Pan” syndrome is a definite city thing. He is 25, and most of his friends from home are married with kids. As my roommate put it, “You treat each other with respect in a small town because you know you will run into that person all the time at the grocery store.”

Urban lifestyle aside, there are other dating pitfalls in 2017, mostly related to the digital world. I have a limited scope of dating apps, having only used Tinder, but it introduced me to some nice guys who showed me around New York. The snap judgment aspect of Tinder is unpleasant; however, we do this in real life all the time. Tinder just amplifies this side of human nature. What is more unsettling is that we are now inclined to give up quickly on someone since there are, literally, millions of other options available.

Being that we have so many dating choices now, we have become less polite in our communication with one another. It used to be considered unkind if you didn’t break up with someone in person. While it is still very rude, it is now commonplace to “ghost,” or not answer someone’s messages until he or she stops reaching out to you.

Moving on from ghosting situations or full on break ups can be difficult when information about exes is easily available on social media. You have the option of staying friends online with them, and doing your best to ignore their posts, or turning your pain into a more noticeable thing by unfriending them. Neither are great choices, but social media is here to stay, and has changed the entire landscape of dating.

Unless we’re in an established relationship with someone, we most likely don’t speak on the phone with the people we’re flirting with. We are now in constant contact in a multitude of other ways, though. The new indicators for determining if someone likes us are things like, “Does he or she comment on my pictures?” or “Do they send me Snapchats that they don’t also post on their Story?” And these things often have very little meaning, as most millennials are glued to their phones, anyway.

Though the “three day rule,” where one would wait three days to call someone after meeting him or her, is no longer relevant, there are now many other dating principles that people today navigate through. These are things like: waiting a certain amount of time before answering a text; not looking at your crush’s Snapchat Story because you haven’t yet replied to that text; liking only one or two of their Instagram posts when you first follow each other (and nothing from the vaults of their old posts); sometimes refraining from using question marks when you text to ask them something, so that you appear less “thirsty” and more aloof; taking an attractive selfie after you two have had a fight; not texting them back because they took too long to text you back; and a variety of other dumb things that are blocking us from actually getting to know one another. No matter what the era, people have been afraid to put themselves out there with love, but today we seem especially stunted. We hide our vulnerability behind our screens, and confuse each other emotionally with all the social media nonsense. You’ve found a great match/you are more mature than most if you’re with someone you feel no need to play those games with.

Another thing that takes place digitally is romantic direct messages from strangers or acquaintances. Women receive them more often, though it occurs with guys, too. Many times the DMs are from men who truly mean well, and their notes can be very sweet. But sometimes there are guys who harass you for dates, long after you’ve said no. Or there are men who send unsolicited sexual pics – a few months ago, I was texting with what seemed to be a really well mannered guy, whom I hadn’t yet met in person. Our conversations had consisted of innocuous things, like cooking (his love for it/my lack of knowledge about it), when out of nowhere, he sent me a Snap I really didn’t want to see. I’m not sure what the old-time equivalent of the risqué Snap would’ve been: a man having a nude portrait of himself delivered by messenger over to his mistress’s home? It just wasn’t as easy in previous times for people to be inappropriate about showing off their bodies.

Dealing with today’s dating issues can be tricky. I sometimes look to my older brother and my sister-in-law for guidance because they’re an example of modern love that works very well. The two of them met at a frat party at a school notorious for being wild, UCSB – they “found love in a hopeless place,” as Rihanna would say. Joking aside, their relationship is inspiring. They are deeply respectful of each other and make one another laugh. They are also not constantly glued to their phones; they concentrate more on their real lives, and each other.

Our smartphones are not all bad for romance, though. I know many people who have met their loves through dating websites. And the internet has so many tools to help keep your connection strong. You can stay in touch with a long distance relationship through FaceTime. You can make your partner laugh with funny Snaps. You can draw pictures for your boyfriend or girlfriend through text, replay voicemails just to hear his or her voice, and send them memes you think they will appreciate. Though it’s less likely today that we’ll find a 22-year-old guy getting ready to uproot his life for a girl he met briefly in London, people have no less of a desire for real love, and we’re lucky to have the resources we do to help us find it.