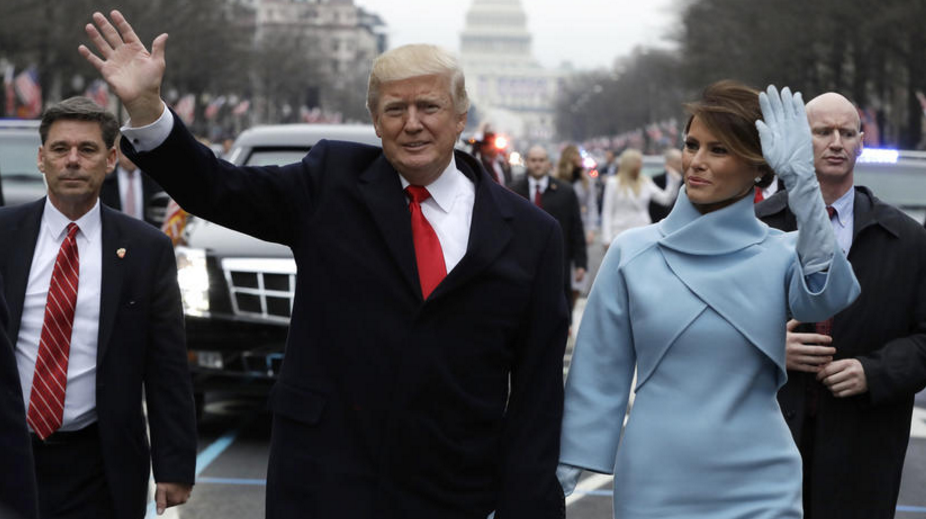 “These are the times that try men’s souls.” This chilling phrase begins activist and philosopher Thomas Paine’s famous series, An American Crisis, written in December of 1776.

About 240 years later, we swore Donald J. Trump into office as our forty-fifth President. On January 20th, 2017, he placed his hand on two bibles – one used by Lincoln in 1861 and one given to him by his mother at a Sunday School function in 1955 – and solemnly swore that he’d preserve, protect, and defend the Constitution of the United States.

His tie was red. His wife, the country’s newest First Lady, was dressed in a soft blue. And one by one his children kissed him on the cheek as a crowd of iPhone-covered faces applauded his now confirmed and ultimate victory. Later, in front of the Lincoln Memorial, 3 Doors Down headlined an inaugural concert that also featured Lee Greenwood, whose “God Bless the U.S.A” ballad did wonders for middle school talent shows in the rocky, post-911 climate, and The Piano Guys, who are YouTube stars that simultaneously tickle the same piano while singing. Perhaps all that was missing was a man playing Mozart using crystal water glasses, a family-friendly prop comic, and most importantly, the wooden railings of an underwhelming cruise ship.

The concert was less trying, however. It was the inaugural address – the first time America’s new President spoke to his citizens – that grabbed attention, despite the sleepy gray sky and sea of gray suits. After politely thanking his predecessors and acknowledging the weight of this occasion, Trump began to use one word so frequently that its lingual glory has now plummeted to the ranks of “the” or “at”: America. “This American carnage stops right here and stops right now,” he stated… and then he went on for another 15 minutes.

To Trump, America’s disheveled state is due to not investing enough stock in itself. The dismal education or “depleted” military or growing poverty is all because America doesn’t care enough about Americans. “From this moment on, it’s going to be America first,” Trump cheered. It was the same patriotic, isolationistic sentiment of his campaign, but somehow eerier when stretched for this long. “America will start winning again, winning like never before,” he continued. “It’ll be proud again. And strong again. And wealthy again. And safe again.”

To Trump, America used to be a lot of things. When was this Great America, you may ask? Maybe it was around when Trump’s hand first touched that Sunday School bible in 1955. When Elvis started dancing. When Marilyn Monroe married Arthur Miller. When schools were still separated by race. When women were marginalized. When we were propagandized into thinking the Soviet Union could attack at any moment. Or maybe a few years later. When the whole “Bay of Pigs” idea was birthed. Or when Marilyn Monroe then overdosed. Or when Kennedy was assassinated. Or Martin Luther King Jr., a few years after that. What is “great” anyhow? And why do we need to be it?

Why did Thomas Paine, among thousands of others, fight for this country in the first place? 240 years ago, the colonies declared their independence from foreign tyranny not to be “great” by any means. They fought just to be. They fought to try to create a system of government that gave the people any say. To see if liberty could work, knowing full well it would need to be defended every day. They fought to be a country, and “winning” the way Trump wants was nowhere on the agenda.

When it comes to putting America first, Thomas Paine thought something to the contrary: “The world is my country, all mankind are my brethren, and to do good is my religion.” Our souls will be tried, but let them not be discouraged.