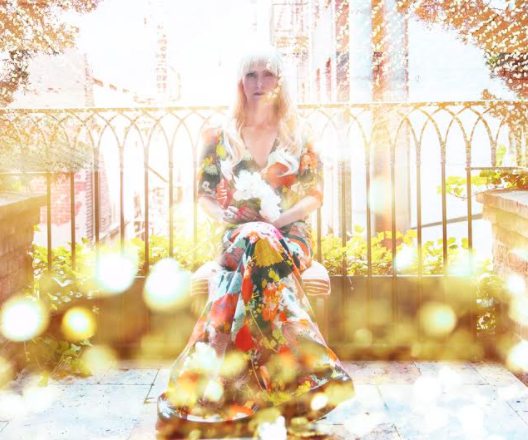 Hailing from New York, Madison figures to be a staple within the pop scene for years to come. Both electric and unapologetic, Madison’s voice booms brilliantly over layered synths. “Baller” has quickly risen in popularity to the point it featured recently on the NBC show “Good Girls”. When combining her attention to deal with an unabashed drive to succeed, Madison appears destined for stardom.

Swimsuit Issue has recently been getting loads of hype as a group to watch for. The seven-person bi-coastal band was initially created by model Miles Garber and Trash Talk guitarist David Gagliardi. The band does a tremendous job in piecing together a multitude of different instrumental components. When asked to comment on the band’s sound, Garber describes it as “somewhere between hot running water and cold running water.” Swimsuit Issue is slated to co-headline an upcoming tour with Cat Pierce (of The Pierces).

With Camera Obscura currently on hiatus, lead singer/lyricist Tracyanne Campbell paired with Danny Coughlan (Crybaby) to form a project aptly named Tracyanne & Danny. Slated for a May release, the pair’s album features single “Home & Dry” and this track entitled “Alabama”. It’s close to home for Campbell — as the song is a tribute for former Camera Obscura keyboardist Carey Lander (who passed away in 2015). Sentimental and melancholy as always, this track is quintessential Campbell.

4. When The Lights Go Out — Crybaby

Speaking of Coughlan, we take a trip back a few years to check in on “When The Lights Go Out” — a track first released by Coughlan’s band in 2012. Based in the northern England city of Bristol, Coughlan’s heavy guitar licks hang in the air alongside his sorrowful voice. Coughlan’s able to evoke feelings of both nostalgia and regret in this exquisitely crafted track. His content matter — coupled with a naturally haunting vocal twinge — pairs perfectly with Campbell’s intrinsic style.

After dipping into the pools of mainstream pop, The Weeknd (real name Abel Tesfaye) returned to the verve he initially displayed with his debut albums in The Trilogy.  “Call Out My Name” showcases The Weeknd’s range as a vocalist. Perhaps more than that, the heavy synths, manufactured instrumentals, and sorrowful content offer glimpses of a true renaissance. The Weeknd was highly successful with his commercialized work — though this track clearly is a jolt back to a better time musically.

Oasis is not a new band — nor is “Don’t Look Back in Anger” a newer track. With that said, I’m taking the time to appreciate the brilliance of the Gallagher brothers. Voiced by Noel, the slow build up of the song from piano instrumentals to multiple guitars is perfectly on point. When hitting a crescendo, the song spirals into something powerful yet embracing. Rarely do we see music on a mainstream level with this sort of class.

Melody Prochet of Melody’s Echo Chamber has long been attempting to push the boundaries with her music. Many of her projects at first listen appear to be muddled amalgams of genres with little to no cohesion. However when fully digesting her work, it seems to simply all come together quite harmoniously. This track exemplifies that notion — as it splices variances of the rock genre into one jumbled yet positive ball of success.

The two person group of Amelia Murray and Jonathan Pearce dive head on into the ever burgeoning genre of dream pop. Natives of New Zealand, the track “Lucky Girl” epitomizes a breezy, care-free track with the usage of heavy synths and guitar strums. The group’s ability to manipulate music with a plethora of effects truly gives Fazerdaze’s content some impressive depth.

A native of Nashville, 20-year-old Sophie Allison has crazily enough been a musician for 15 years. After toiling away with tracks on various social media platforms, she recently broke through with Soccer Mommy. Completely an indie entity, Soccer Mommy speaks lyrically to the coming-of-age in a world where emotion and expectation collide head-on. Allison is in the midst of a major tour which will see her perform all over North America and Europe.

Based in Norway, Boy Pablo has been buzzing of late as a newcomer on the indie scene. Led by the 18-year-old singer/songwriter of Chilean descent, the five-man group is set to embark on a tour across Europe. Picture warm melodic tunes from Mac DeMarco mixed with a sense of garage rock. All in all, it’s a pleasant sound — and one which figures to hit the United States sooner than later.