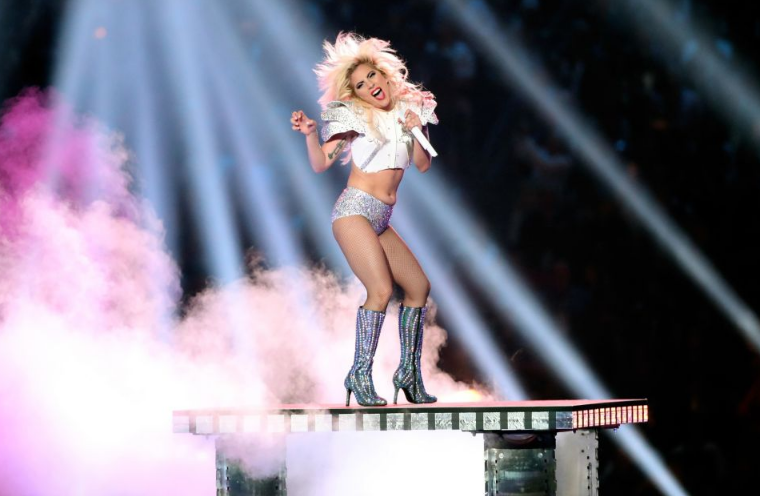 While Lady Gaga stunned America and audiences all around the Globe with an outstanding Super Bowl LI Halftime performance where she sang her mega hits including “Born This Way” and “Bad Romance,” many viewers focused on her outfit choice.

Within seconds of Gaga’s switch into her second and more revealing outfit, viewers of the halftime show immediately took to Twitter calling Gaga out on having the audacity to bare her “muffin top.” Suddenly, there were hundreds of tweets being shared comparing Gaga to a pig and asking why anyone would let the star display her “potbelly” on live TV.

Gaga’s Little Monsters, along with others who felt the criticism was rude and unwarranted, also took to Twitter to defend the Super Bowl performer. Many even shared how inspired they were for Lady Gaga to show her body that was not “perfect” or “ideal” according to American beauty standards.

One fan tweeted, “Lady Gaga jumped from a stadium roof, nailed acrobatics, sang live while dancing for 13 mins, spread kindness, but no. BODY FUCKING SHAME!” Another wrote, “I’m annoyed & disgusted that people would comment negatively about ‪@ladygaga‬’s body after her Super Bowl performance. Her bod is rockin.”

Lady Gaga is no stranger to bullying. She has used her fame to further her fight against bullying through the Born This Way Foundation, where she inspires and encourages her Little Monsters to accept and love themselves just the way they are, to spread kindness, and to love and help one another.

There was so much buzz about the “risky” Super Bowl outfit that Gaga took to social media herself. She addressed her haters with a positive message of self-love and acceptance by writing on her Instagram, “I heard my body is a topic of conversation so I wanted to say, I’m proud of my body and you should be proud of yours too. No matter who you are or what you do. I could give you a million reasons why you don’t need to cater to anyone or anything to succeed. Be you, and be relentlessly you. That’s the stuff of champions. thank you so much everyone for supporting me. I love you guys. Xoxo, gaga.”

You can’t ask for a better, more empowering response.