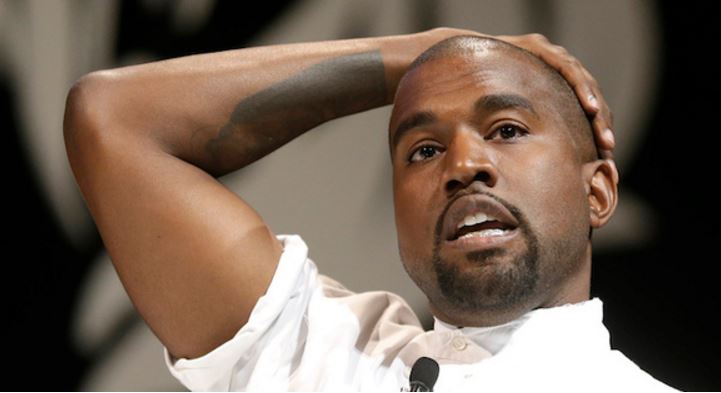 Kanye West’s contentious relationship with his fans and the media alike has never been subtle. Following the success of his 2004 debut album, The College Dropout, West became a household name due to his deviation from the gangsta hip-hop scene toward the more existentially conscious raps that dealt with social issues and his personal struggles.

However, West would soon find his public image to be just as critically lambasted as his music was acclaimed. It all started in 2005 when NBC held a telethon to benefit Hurricane Katrina relief efforts and West famously went off script during his segment to proclaim, “George Bush doesn’t care about black people.” From then on, Kanye West’s career was a string of successful hits, and unseemly public outbursts.

Everyone remembers the infamous feud versus Taylor Swift following his interrupting of her MTV Video Music Award acceptance speech to proclaim that Beyoncé should have been the winner. That’s standard Kanye trivia. What people may not remember is that he did the same thing three years prior in 2006, while Justice was accepting their win at the European VMA’s. Granted it was slightly different in 2006 since he jumped on to say that he himself should have been the winner.

This behavior is not normal, yet he’s a repeat offender. So what, is he just an ill-tempered man with lapses in judgment or has he actually lost control? Well, his actions over the last three years seem to point to the latter. Many speculate he was not lying on his 2010 hit, “Power,” when he calls himself a “21st Century schizoid man.”

Though Kanye has never admitted it himself, friend and collaborator Malik Yusef told YouTube personality, Drea O, in an interview, “[Kanye] doesn’t take his medication because he chooses not to, and I applaud him for that. Whatever they prescribe you for like bipolar or schizophrenia, whatever they diagnosed him as.”

It’s not hard to believe Yusef’s claim, especially when considering West’s Twitter outburst against talk show host Jimmy Kimmel in 2013, his Twitter attack against fellow rapper Wiz Khalifa earlier this year, and his Twitter meltdown in which he begged Facebook founder Mark Zuckerberg for money following the disorganized release of his latest album, The Life of Pablo.

As the public has recently seen with President-elect Donald Trump, Twitter rants rarely indicate a stable person. Speaking of Donald Trump, Mr. West is also the latest in a line of celebrities to come out and endorse Trump, following in the footsteps of such other “even-keeled” celebrities as Ted Nugent and Gary Busey.

According to the New York Times, in his latest and possibly most unstable meltdown Saturday night, West was 90 minutes late to his concert in Sacramento and stopped performing after only three songs to go on a rant against Jay-Z and Beyoncé before showing support for the President-elect and then ending his show altogether. West noted that he didn’t vote, but at his November 17th show, proclaimed that he would have voted for Trump and reiterated on Saturday, “Yeah, I’m taking his lead.” Fans at the concert were quick to jump on social media and express their distaste with the performer, and could be heard chanting “F-ck Kanye” as he left the stage.

Performers have cut their shows short before; it isn’t that strange of a stunt for West to pull, all things considered. At least that’s what fans thought until they awoke Monday morning to the news that Kanye had cancelled the remaining 21 shows on his tour. A move like this is highly unprecedented, but not hard to see coming. A once casually religious man now performs heavily religious songs above his audience on a suspended platform like they are the plebeian subjects to his holiness.

All signs point to a serious disconnect from reality.

Tuesday morning, the Washington Post reported that Kanye had been involuntarily placed in the hospital to be treated for “exhaustion.” However, the fact that he had to be handcuffed and taken against his will indicates to some that he may have been placed under psychiatric evaluation.

This begs the question: what role does the audience play in the well-being of the celebrity? Like Britney Spears before him, the people watch with baited breath as their heroes come crashing down. They crave it, only to mourn for them and show their support once it’s too late.

Fellow artist Kid Cudi made waves recently for admitting he was not mentally well and has since been taking care of himself. All too often though, celebrities may feel pressure by their status to not seem weak. That’s the issue: we stigmatize mental illness as weak or taboo. Something needs to change fundamentally in this country about how we approach mental health.

Here’s to hoping Mr. West gets the help he needs and the support along the way.