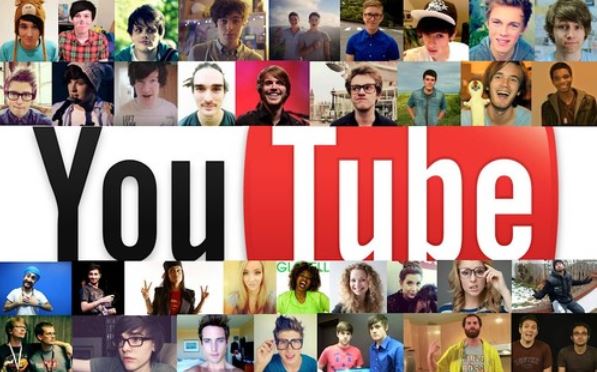 Work sucks, which means finding ways to kill time is extremely important. These 15 YouTubers are the perfect time killer. But make sure you aren’t smiling too much while watching, because you don’t want co-workers to start questioning why you are so happy at work. Shane Dawson was one of the original YouTubers to make a career out of the medium. Whether you are watching his older videos where his character Shananay makes an appearance or his newer ones where he is trying weird foods, you will get sucked into a black hole, and before you know it, it will be time for your lunch break. Shane has also helped to launch the YouTube careers of many of the people on this list! Trisha Paytas is a stripper/sugar baby turned YouTuber. If that last sentence didn’t just make you immediately google her name, then perhaps this next fact will. Trisha is known for having a few videos a month where she loses her cool and cries on her kitchen floor, usually while eating something. (Trust me, it’s worth an afternoon.) The Gabbie Show originally was a Vine star. Unfortunately, Vine has announced it is shutting down, and many Viners have been making their way to YouTube. The Gabbie Show takes you along with her as she makes her way around Los Angeles, hanging out with friends and getting herself into the most awkward situations. She is also known for her epic story time videos where she has been known to share the gritty details about her failed Tinder dates. Tana Mongeau is completely out of control in the best of ways. Her story time videos are probably the most outrageous ones that you can find on YouTube. Some of these stories include how she punched herself in the face as a kid to get herself out of field day, how she got the principal of her school fired, and how she was arrested for drug possession in the middle of Nevada. She is witty, sarcastic, and vulgar and her fans absolutely love her. Trevor Moran gained his fame from his famous Apple Store dances and his America’s Got Talent audition where he passed out. These days, Trevor spends his days making music videos and being completely fabulous. His makeup tutorials are everything and he and his friends are always getting into trouble. Recently, he posted a video telling the story of how he was sued for $50,000 after trashing a mansion on New Year’s Eve. Gigi Gorgeous is a transgender woman who has been documenting her journey to become her true self. She is absolutely fabulous, and her makeup tutorials will leave your friends envious of your newfound cheekbones. Gigi is also a LGBTQ activist and recently shared a chilling video of her experience of traveling to Dubai and getting kicked out of the country for being trans. Gigi is known to take her viewers along with her on her fabulous vacations and exclusive parties. Smosh is a sketch comedy group that was started by Anthony Padilla and Ian Hecox in 2003. They were one of the original YouTube channels to gain national attention for their hilarious creations. Their most famous video is “Beef ‘n Go” which has earned them over 100 million views. Jenna Marbles recently posted a video of herself shaving her own eyebrows off. I’ll wait here while you go check her out. Seriously, go. The Psychic Twins, with the help of Shane Dawson, have created a channel where they tell the futures of other YouTubers. It sounds cheesy, but they are incredibly accurate. Whether you believe in psychic abilities or not, their videos are entertaining and will definitely distract you from the spreadsheet you should be working on. Drew Monson, or mytoecold on Youtube, has a strangely addictive way of telling stories. He has been on YouTube for almost 10 years and, after starring in one of Shane Dawson’s movies, has begun collaborating with other YouTubers to create weird and hilarious content. You can find him testing “As Seen on TV” products or doing the Kylie Jenner lip challenge. Tati is a makeup guru who has literally tried every product on the planet. She is known to do makeup tutorials at all price points. She has made incredible looks out of drugstore products, but has also done a tutorial where the products together equal over $3,000. If you are on the fence about something that has been sitting in your Sephora cart, Tati is your girl. David Dobrik is another Viner who has made the transition over to YouTube. He is known for his hilarious daily vlogs where he films his friends doing outrageous things. He takes you into the world of what it must be like to get paid by sponsors $100,000 to film a 6 second video, and he’s so funny you can’t even hate him for it. Charlie McDonnell, or charlieissocoollike, is a British YouTuber who is known for his creative songs about Doctor Who and his videos that make science fun for kids. His most popular video with over 10 million views is composed of him trying to pronounce words with an American accent, and it is hilarious. Charlie is involved in several charities and is always making his videos for good causes. Mitchell Davis is among the original YouTubers to make a living off of being a weirdo in front of a camera. His older videos with his friend Kyle called “Adventures with Kyle” will definitely make you feel like you are not at work right now. Recently, he has been taking YouTube by storm with his hilarious Snapchat filter reviews. Yet another Viner who has made her way over to YouTube, Liza Koshy is famous for her hilarious expressions and impressions of her parents. She is dating fellow YouTuber David Dobrik and frequently films their adorable adventures together to Target where they make puns that are so bad they’re good. She also has a new Christmas movie coming out on YouTube Red where she throws an epic party at her house.

RANKED: The 25 Funniest Parks and Recreation Episodes Of All-Time